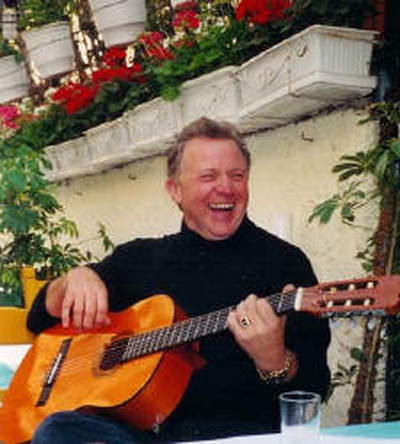 Australia’s biggest pop star of the sixties, Normie Rowe defied the logic of the times. His period of peak popularity came when the Beatles were dominating the charts around the world.

It was the period of popular music where most established solo singers were suddenly banished from the charts, and young singers were joining or forming bands.

And yet, here was this Melbourne teenager creating pop riots and becoming the first Melbourne recording artist to achieve a national Australian No.1.

Born on February 1, 1947 Normie emerged to stardom with one leg planted in the past, and the other stepping into the future. In those days the way into a music career was to attend a music school. Normie had already sung in the local church choir and performed in a high school band when at the age of 14 he appeared at his music school’s concert and was spotted by the concert’s compere, prominent Melbourne radio personality Stan Rofe. Impressed, Stan made the appropriate introductions to dance promoters.

By the time he released his first single Normie already had several years of experience behind him, in the traditional dance circuit where (as in the Big Band era) several featured singers stepped up to perform in front of the house band/s. The Beatles era changed all that, but Normie had served his apprenticeship that way. At the same time, he was one of the first Melbourne entertainers with the ‘long hair’ of the new Beatles-influenced music era. Famously, Normie had to choose between his hair and his job with the PMG (now Telstra). He chose his hair and singing.

EMI had its chance to sign Norm, but EMI Sydney said he couldn’t sing. Festival, through Brisbane independent label, Sunshine Records, offered him the chance instead. The first single, on a suggestion from mentor Stan Rofe was a version of the “Porgy And Bess” stage musical song,“It Ain’t Necessarily So”. Rofe had heard an updated version on a Searchers’ album from England. In Normie Rowe’s hands it drove a wedge right through the generation gap. Not only was he long-haired, he was suggesting that “the things that you’re liable, to read in the Bible” weren’t necessarily true. Controversy! The fact that the song came from an established musical, meant it couldn’t be dismissed out of hand. It became a top ten hit. No. 1 in Sydney. For his second single, Normie dived into Stan Rofe’s vast record collection and came up with Ben E King’s “I Who Have Nothing”. Another top ten. The third single took the nation by storm. On one side the pop singer revived and energised Doris Day’s “Que Sera Sera”; on the other side he recorded English rock’s only pre-Beatles classic, “Shakin All Over”. Both sides received massive airplay and carried the single to No.1 nationally, accompanied by the constant “Normie Rowe riot” headlines generated by the singer’s live performances.

The head of Sunshine records, Ivan Dayman, also Normie’s manager, ran a long-established string of national venues. He knew the art of promotion. Legend has it that the security guards hired to protect Normie from his enthusiastic fans were also under instructions to trip the singer or push him off stage into the arms of his fans, ensuring those “riots”. Venues were also crowded beyond capacity, resulting in the precursor of the now established “Mosh-Pit”, and fans fainting from more than Normie Rowe worship. However it happened, it all made for great pictures and headlines in the newspapers. The hits kept coming. Normie Rowe and his group The Playboys became the star attraction of the Sunshine tours, which criss-crossed the eastern coast of Australia., with Normie, on a bus with all the rivals for his crown as Australia’s No.1 King Of Pop, Sunshine Records table-mates, Tony Worsley and Mike Furber, anxious to upstage him.

While The Beatles created their “Beatle-Mania”, Normie certainly created “The Normie-Frenzy”.

In August 1966 Normie travelled to England, where he recorded many tracks, including the hit single “Ooh La la”, another big hit for him at home, and making it into the British Top 30. He promoted his second English single “It’s Not Easy” touring with Gene Pitney and the Troggs, and toured America with Roy Orbison. The later singles “Ooh La La” and “Going Home” also made a Top 30 impact in the UK.

By now the Beatles and world music had gone from mop tops to Sgt. Pepper and Normie was edging ever closer to international stardom when the biggest challenge to his career came at the hands of the Australian Government.

The nation was involved in the Vietnam War, and 20 year olds were liable for conscription into the military. Normie 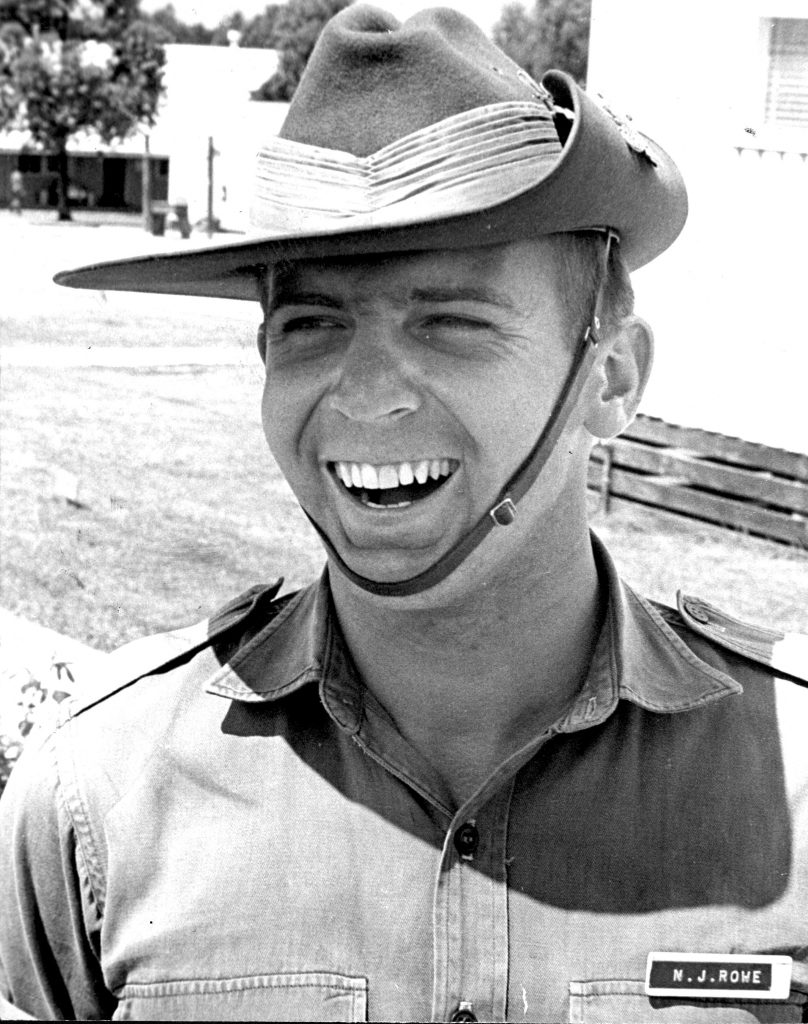 Rowe’s name came up in first 1968 intake. Most conscripts were selected by a ballot of birthday dates but Normie would find out much later, that his birthday was not one of those that was drawn out. It has been suggested by many, that Normie had been conscripted because of who he was.

He served time in Vietnam, and was one of the lucky ones to return. But those two years away from his fans cost him dearly. Australia had a new King Of Pop in Johnny Farnham.

Normie scored his last hit of that era in May 1970 just after his release from the Army. However his “pop star” era had ended and he then moved into the wonderful training ground of the NSW Clubs circuit. Throughout this period, he constantly worked with big bands and the masters, Ricky May, J O’K, Col Joye etc.

While Normie still endeavoured to release his recordings, he found rejection from the most important exposure outlet for Pop music on Australian TV, Countdown. No matter what Normie released, Molly Meldrum and the other producers chose to ignore his efforts.

In 1974 he recorded his next album “Out of the Norm” which fell to the lack of exposure, and in 1975, enter receiving The “Most Popular Performance” prize at the 1974 Yamaha World Song Contest in Tokyo with his yet to be released song “Elizabeth”.

Normie went back into the studio and recorded “Elizabeth”, released mid 1975. In the only radio market place this song received media attention, it went to No.1 immediately, and remained there for 6 weeks. Normie says to this day that if your music is going to be accepted by your audience you have to be able to let them hear it. 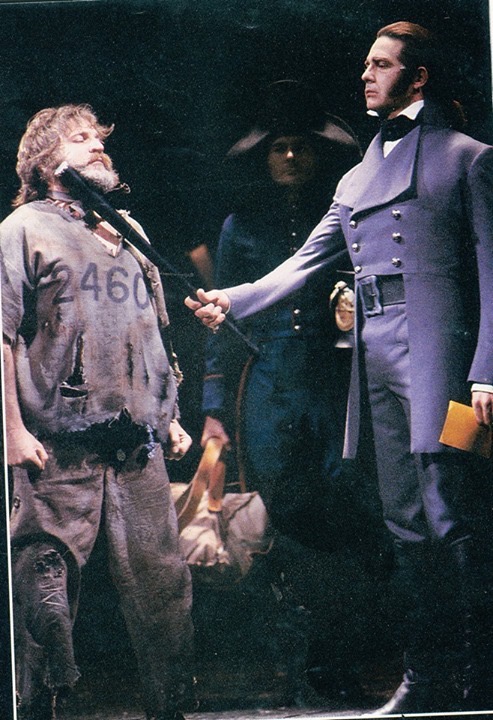 In 1984 Normie went back to school and spent 2 1/2 years studying Drama under the mentorship of the great Hayes Gordon. He was cast in his first play “Some Night In Julia Creek”, towards the end of his time with Hayes and was seen by Grundy producers who then cast him in the role of Doug Fletcher, enjoying   success in the final two years of the popular Australian soap opera, “Sons and Daughters”. Then, in 1987, Normie landed the lead role of Jean Valjean in the musical “Les Miserables”, which he played to great acclaim in over 600 performances. He then appeared in leading roles in a string of musicals, including “Annie”, “Chess”, “Evita”, “Cyrano”, “Get Happy” and “Oklahoma”. In 2002 he stole the show with his performances of “Que Sera Sera” and “Shakin’ All Over” on the hugely successful Long Way To The Top concert series which played to 160,000 people Australia and became a hit CD/DVD and national television broadcast.

In 2005 Normie Rowe was inducted into the Australian Recording Industry Association (ARIA) Hall of Fame. In that year he was also recognised by the Australian War Memorial as a National Hero, alongside the likes of Sir Charles Kingsford-Smith, Vivien Bullwinkle, Keith Miller, Chips Rafferty and 45 other heroes of Australia. Normie Rowe has become a leading advocate and spokesman for the Vietnam Veterans and in 1987 and 1992 he was instrumental as a member of the National Committees for the Vietnam Veterans Welcome Home Parade and the Vietnam National Memorial Dedication.

2007/8 saw the release of a collection of Normie’s recorded works detailing chronologically his recording career form 1965 to the current day.

More recently Normie has become the Ambassador for Soldier On, a support organisation focusing on younger ex-service people dealing with physical and psychological effects of their war service deployments.

Normie continues to record with a 4 track Extended Play CD “Bold as Brass”, available now as well as a 50th Anniversary digitally re-mastered collection of Normie’s 60’s hits called “Frenzy”. A new CD released in 2018, called “Straight To The Heart” is now available, and includes such wonderful songs as “I Just Called To Say I Love You”, “Lately”, “Truly” and “Hello”.

In November 2016, Normie saw the release of his Biography, co-written with brilliant rock scribe, Ed Nimmervoll. The book is called “Normie, the Normie Rowe Story”, and traces his life from his early days in suburban Melbourne through to the current era, and includes anecdotes and descriptions of Australian urban life in the 50’s, 60’s and extending to today.

Normie is well sought after on major luxury cruise ships plying the waters of the South Pacific, Asia, Europe and the United States.

Recently, Normie trod the boards again in Perth, in the Platinum Productions, Pro-Am production of the Queen musical “We Will Rock You”. Normie played the comedic role of ‘Buddy’ (formerly Pop). In this role he discovered his comedy timing, and hopes to bring that side to his audiences in the future.

Normie’s thoughts are never far away from theatre, he’s currently working on a new musical and hopes to have this new production up and running by mid 2019.